Sonal Rastogi Follow Sonal is an avid traveler, foodie, and product manager at Nimbbl. She is working on building the best checkout for eCommerce businesses.

What is UPI ID? How to Find, Use, and Create UPI ID? 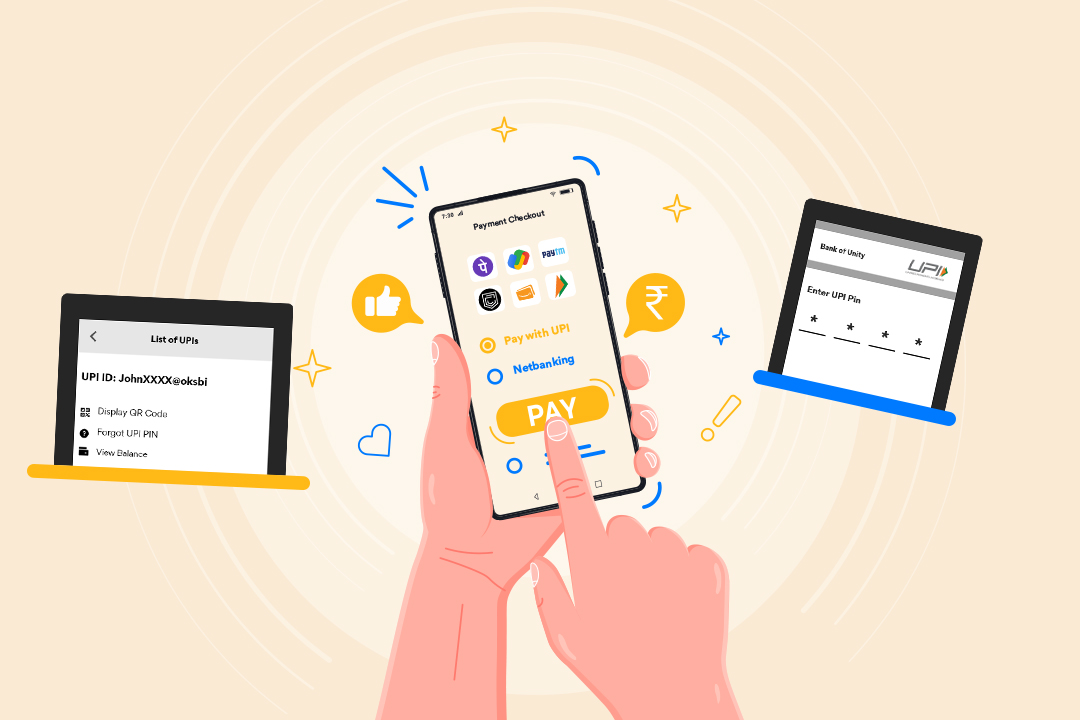 You must have heard about UPI ID a lot of times. But do you exactly know what a UPI ID is? Have you ever wondered how UPI payment apps function and what enables them to act as third parties in transactions? The answer is simple—with the use of a UPI ID. The process of UPI ID is simple yet efficient, and it does not need to be hectic, which includes getting the bank account number, the name, IFSC code, the other details such as PAN card. However, you can transfer the money to another person from a single UPI ID. That UPI ID becomes the person’s identity for all financial transactions such as payments or transfers.

UPI ID can also be used to pay bills such as electricity bills, utility bills, water bills, book tickets, shop and a lot more. It saves time and helps businesses provide a better customer service experience. Businesses can efficiently provide a better payment experience to the customer and target a larger consumer reach by having UPI-based payments as one of the online payment options.

There are myriad benefits to a UPI ID-based payment, but many do not understand or know the mechanism behind it. It would therefore be logical to first understand “What is the meaning of a UPI ID?”

What is UPI ID?

UPI means Unified Payment Interface, which is the brainchild of the National Payments Corporation of India, launched in 2016 by Raghuram G. Rajan (RBI governor). The full form of UPI ID is Unified Payment Interface Identity. Every user has a unique UPI ID. UPI facilitates immediate money transfers through mobile devices round-the-clock 24*7 and 365 days. A single mobile application can be used to transfer money from different bank accounts directly. Initially, only 21 banks were a part of the single window mobile payment system, which was launched as an app.

The idea of having a UPI in India was considered by the RBI first time in 2009 when they formed a National Payments Corporation of India. Its sole purpose was to digitise the payment process in the country. Then in 2012, NPCI, under the guidance and approval of RBI, announced to the world to come up with a seamless, safe, and authorised unique system that would change the overall process of monetary transactions in 4 years.

After successful research and trials, in 2016, the UPI was launched. It also aims to contribute to the Green Initiative, wherein the use of currency in the form of paper will decline, ultimately helping overall in the global environment.

How to create a UPI ID?

How to find a UPI ID?

You can find UPI ID in the profile section of the UPI app, where UPI is usually mentioned below the name and the identity. You can use UPI ID to receive payments, merchant transactions, and pay bills and much more. Finding UPI ID through Google Pay App –

How to change the UPI ID?

How to use UPI ID?

* Read more about how Nimbbl is changing the UPI ID flow in the later section of this article.

How to link bank accounts to UPI ID?

You can link their bank accounts with their UPI ID after successful verification and authorisation from the bank. Follow the steps to link your bank account to the UPI ID in a third party app –

UPI transactions are very secure, highly encrypted and under the constant scrutiny of the RBI. A two-factor authentication system is built to verify each transaction. Thus, many banks such as the State Bank of India (SBI), HDFC, Axis, ICICI, Kotak, Bank of Maharashtra, Federal, Bank of Baroda and Punjab national bank support the UPI ID.

Benefits of UPI for businesses

During online purchases, in the UPI flow, customers are asked to enter their UPI ID to complete the payment. Most customers aren’t aware of their UPI ID or don’t know where to find it. If at all they find it, switching between browsers and apps often leads to payment failures.

With Magik UPI, customers are saved from all these hassles and businesses get to offer a faster payment experience leading to higher success rates. In the Magik UPI flow, customers are presented with their eligible UPI IDs when they land on the checkout page. They don’t have to do any additional clicks or steps. They just have to select their preferred UPI ID and complete the payment.

UPI is the fastest growing payment method in the country. It is becoming a favourite for both customers and merchants alike. It is time to not only enable UPI as a payment method but also ensure a consistent payment experience across devices, browsers and flows.

How do I know my UPI ID?

You can know what the UPI ID is by simply opening the app and visiting the profile where the UPI ID is visible with a mobile number.

No, once the UPI ID is active, the bank details are not required in every transaction. The UPI ID will suffice.

Is UPI ID and VPA the same?

Yes, UPI ID and VPA are the same things where UPI ID is the Unified Payments Interface and VPA is the virtual payment address

Can I link multiple accounts to a UPI ID?

Yes, You can link multiple bank accounts to their UPI ID.

What is an example of a UPI ID?