Prashant Chaudhary Follow Prashant is a full-stack digital marketer with a special love for the fintech and payments industry.

Home » What is UPI? Full-Form & How it Works

What is UPI? Full-Form & How it Works 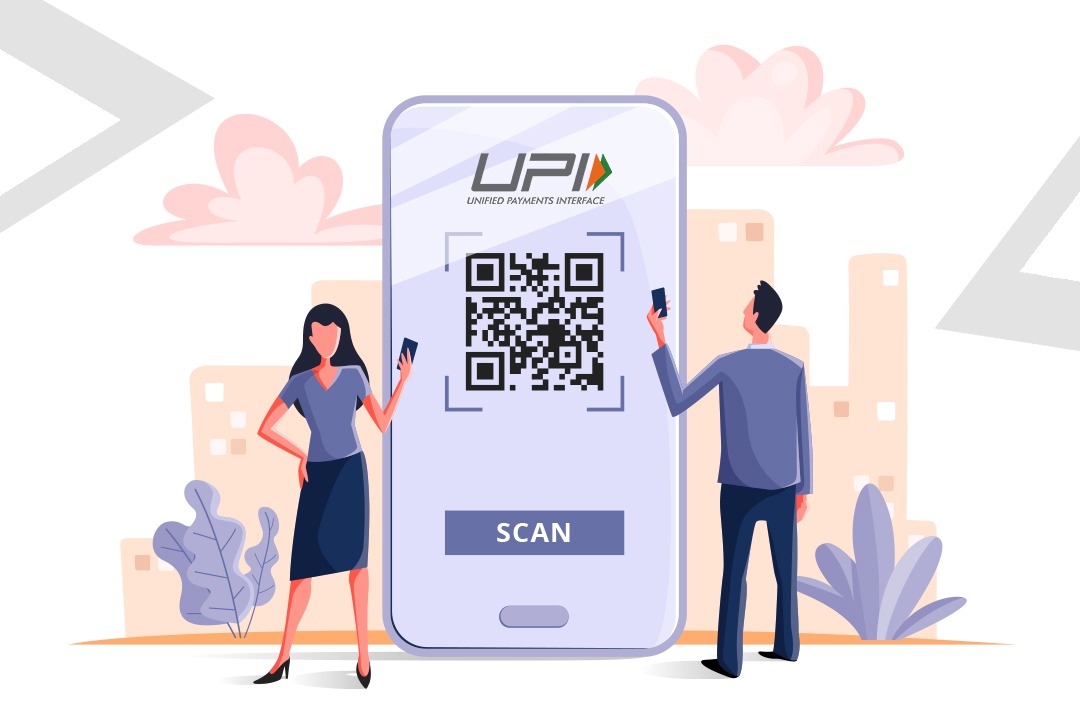 A question asked nowadays by new digital consumers to online banking is: “What is UPI?” We all use it, but most of us do not know exactly what it is. Whenever we make a payment – either on an eCommerce website or at a retail store – we choose between different payment methods. Earlier, the payment methods were cash, credit and debit cards or net banking, but now there is an option to pay by UPI. Although you may use it frequently without a second thought on multiple apps, have you ever felt curious about what UPI ID is? What is the full form of UPI?

UPI is a way of instantaneous real-time transfer of funds between two bank accounts through a mobile platform made possible by the Unified Payments Interface – UPI. It is a facility that allows you to send or receive money to peers or to businesses without exposing your bank details. The Reserve Bank of India (RBI) and the Indian Banks’ Association worked together to form the National Payments Corporation of India (NPCI), the organisation responsible for implementing this idea.

Pull and push payments, using the virtual address, give an additional layer of protection since they do not have to provide sensitive information like their card details, account number, IFSC code, etc.

UPI makes payments to merchants (p2m) or payments to an individual/peer (p2P) with a single application or in-app payments possible. In the offline world, you can scan the QR code to transfer money. In the case of online payments, you can use their UPI ID or the UPI apps. UPI payment is one of the most convenient solutions to the Cash on Delivery problem, eliminating the need to rush to an ATM or provide an exact amount. Read on to find out what is UPI, what is a UPI account, what a UPI ID is, its components, and how it works.

To break down what a UPI account is, let’s look back to when UPI started. UPI was the first concept to be introduced in India as a part of the Green Initiative. It was trialled by the NPCI in 2016 and officially launched by Raghuram G. Rajan, the erstwhile governor of the RBI. It was supported by 21 member banks. The target audience for UPI includes everyone who transfers money using digital means, like credit cards or bank transfers. As per the latest data released by the National Payments Corporation of India, 4.52 crore UPI transactions were made in February 2022, with retail transactions amounting to worth 8.27 lakh crore in the month.

Why is UPI revolutionary?

Money transfer through mobile devices is available around the clock, 24×7, 365 days a year. A single mobile application can be used to access several bank accounts. While complying with the regulatory guidelines, UPI offers the powerful feature of seamless one-click checkout, which is quite convenient. Thanks to this, today, a substantial demographic in India has gained considerable knowledge regarding what UPI payment is and even UPI’s full form. Consumers are increasingly using it to transfer money, pay bills, and make merchant purchases.

What is UPI ID or VPA?

UPI ID is a critical component in understanding what UPI code is and how it works. A UPI ID or VPA (Virtual Payment Address) is a unique address associated with a user linked to their UPI account. The address links to their bank account but is different from their bank account number. Anyone can send or receive money using a UPI ID without exposing their personal information or bank account.

UPI payments have the benefit of not requiring extra transaction fees, and the recipient will only be able to see your UPI ID when you send money to them. It saves the hassle of filling in the beneficiary account numbers and other personal details every time someone wants to make a payment. Similarly, you don’t have to reenter your bank account information every time you pay someone. UPI-enabled apps may make and request payments via UPI ID/code or VPA.

A UPI ID or VPA can be of the form: xyz@okbank, where ‘xyz’ is the prefix that can be your name, mobile number, or the first half of your email ID, and @okbank refers to your bank. They are usually your bank’s initials (e.g., @oksbi) or a shortened form (e.g., @okaxis). Therefore, in a UPI ID or VPA like ‘janedoe@oksbi’, ‘janedoe’ refers to the person’s name or email ID or can be the mobile number.

What is UPI PIN?

When you add a new payment account or conduct a transaction, you must enter your UPI PIN. The first time you connect to a bank account, you’ll be prompted to create a unique UPI PIN. It is a unique digit combination required to authorise payments. Using Google Pay, PhonePe or other UPI-enabled apps, you may also modify your UPI PIN.

What are the Features and Benefits of UPI?

How does UPI work?

Understanding the working of UPI is a step towards fully understanding what UPI is. You can request or make payments using just the UPI app, making money transfers extremely convenient. For example, you have selected a few items in your cart on a popular eCommerce platform. Now, you want to use UPI to make the payment in a standard flow.

With Nimbbl’s Magik UPI, the hassles of entering or remembering your UPI ID are taken away. It is a feature that enables faster payments and higher conversions. Read more on Magik UPI in the latter part of this article. Here’s the Magik UPI flow:

How to register with UPI-enabled applications?

You can install your bank’s UPI-enabled app from Google Play Store, App Store, or your bank’s website.

Google has always been a leader in technological advancement and operational effectiveness. NFC, or Near Field Communication, is a key component of Google Pay, making it the most popular app for this purpose.

For the first time in India, PhonePe, which Flipkart later acquired, offers UPI-based payment processing. A variety of cashback and incentive programs are available.

Paytm is India’s most popular digital payment app. Because of this, it has the distinction of being the most used UPI app in India, available on both Android and iOS devices. Creates a Paytm Payment Bank account after KYC verification is complete.

CRED Pay is a partnership between CRED and RazorPay. One-click payment and repeat purchases can be done using CRED coins.

BHIM or Bharat Interface for Money is the official UPI app developed by the NPCI itself. The app has a simple design and user interface. Fund transfer can be done using VPA, bank account number, QR code, or IFSC code.

Banks that Provide UPI In India

All major banks in India support UPI. Let’s take a look at them –

UPI is an essential platform for businesses that wish to make and receive payments without the problem of multiple logins. As we’ve already mentioned the benefits of UPI payments for business, let us talk in detail about how Nimbbl Magik UPI offers a solution to UPI payment-related obstacles. Here’s a brief look at a few of them:

The solution is Nimbbl Magik UPI, for faster UPI transactions without any customer inputs.

How Magik UPI benefits you?

How does Magik UPI work?

Magik UPI is a supremely handy UPI feature that benefits online businesses by offering universal UPI support with top UPI apps along with a 1-Click Checkout. These are the three simple steps involved:

UPI has gained so much popularity in the past few years. What started as a part of the Green Initiative has now become a popular and convenient payment mode. It is no wonder that the benefits of UPI payments have attracted many business holders and common people towards it. You can find ample people using UPI to transfer money to a merchant or a friend. With all the leading banks and applications using UPI, it is important to understand what is UPI, its technicalities, and the best way to integrate it into your business.

UPI is an initiative by the National Payments Corporation of India (NPCI), the Indian Banks Association, and the Reserve Bank of India. NPCI considers all the aspects of the RuPay payment infrastructure, which are the same as MasterCard and Visa.

2. How successful is UPI?

3. Is there any weekly limit for a UPI transfer?

UPI payments are more secure than any other payment method. UPI payment platforms ask for users’ authentication through their unique UPI ID and UPI PIN. These IDs and PINs are set up by the user and must remain confidential. The method uses an OTP, which is sent to your device only, and it also asks you to enter your PIN, which it asks you not to share with anyone else.

5. What are the charges/fees of UPI?

Though the government has announced that UPI payments will not have changes, banks have made some improvements to prevent fraudulent activities. As per the banks, they would ask for Rs 2.50 per transaction below or equal to Rs. 1,000 and Rs. 5 for transactions above Rs. 1000, excluding the GST.

6. Can I use UPI to pay my credit card bill?

7. Is there GST on UPI transactions?

As per the 29th GST Council meeting, GST would be applied to UPI payments made through BHIM UPI. Also, incentives would be offered on the GST part of the bill.

Prashant Chaudhary Follow Prashant is a full-stack digital marketer with a special love for the fintech and payments industry.
« Don’t need to motivate myself to sit down and code, it comes from within – Aman
7 Actionable Cart Abandonment Insights in 2022 »

What are frictionless payments? All you need to know